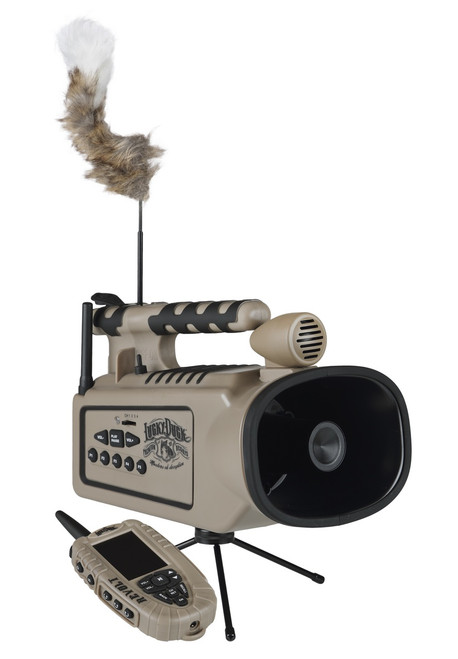 The Revolt includes all the features of the Revolution except for the HD video camera. Additional features include a tweeter speaker and four different remote channels, which allow four different sounds to be played at the same time. This features allows predator callers to use one remote to control multiple callers and broaden the sounds path. There is also a remote controlled rotational base that lets you broadcast sound 360 degrees.