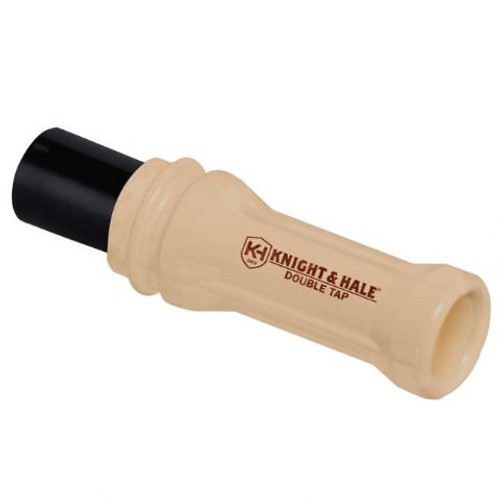 Knight and Hales Double Tap is one of the most versatile predator calls on the market. There is no longer a need to carry multiple predator calls into the woods to get a variety of sounds. Whether you want to depict a coyote attacking a cottontail, or two preys being attacked at the same time, this inhale-exhale call can do it all. Exhale into the game call for very loud high pitched sounds that accurately mimic the sound of prey in distress, and inhale to mimic the deeper sounds of slightly larger prey. The Double Tap even allows you to bark or growl like another predator. Mix the two sounds together with quick inhales and exhales for an incredibly natural distress sound unlike anything else on the market.